Signing up for this race was first thing I did after I received my visa to New Zealand. Literally before getting my flight ticket. I feels like it was yesterday. Apart from second part of December and January, I’ve been kind of slacking with my training ever since I finished the race in Lanzarote. Moving across the world and organising my life here was not the best training environment. Yet January was so awesome - over 10 hours of training each week, keeping myself focused and in the zone, despite still working. See, in Lanzarote I went for holidays, had 5 days only to prepare and I still did less on the race week than this time. Focus is key!

Anyway, Race weekend arrived and I went to register and rack my bike. So many carbon wheels! 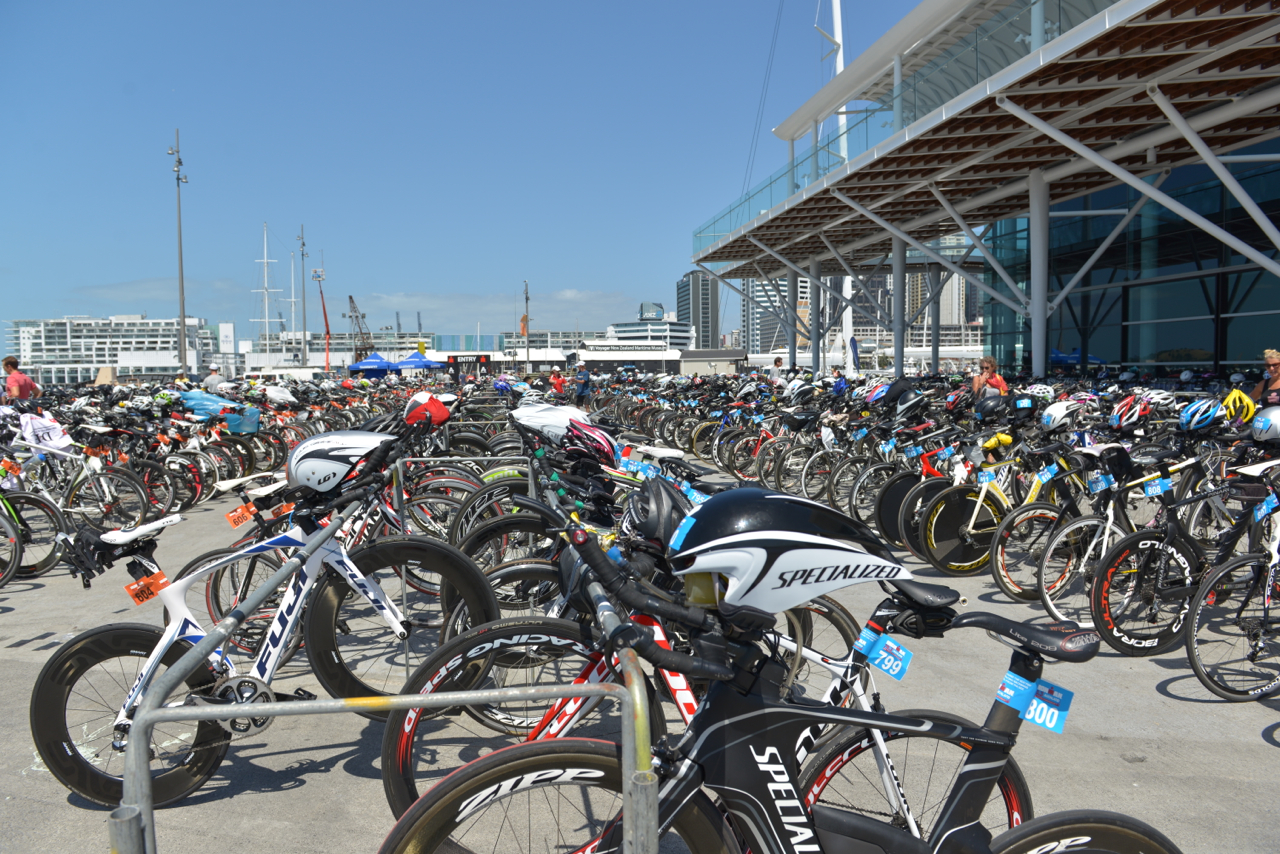 I Woke up at 4 on Sunday, got coffee and my usual breakfast spinach shake. Note to myself - never do that again on a race day. That is just too filling and too low on carbs. I felt bad for the first hour of race because of that. 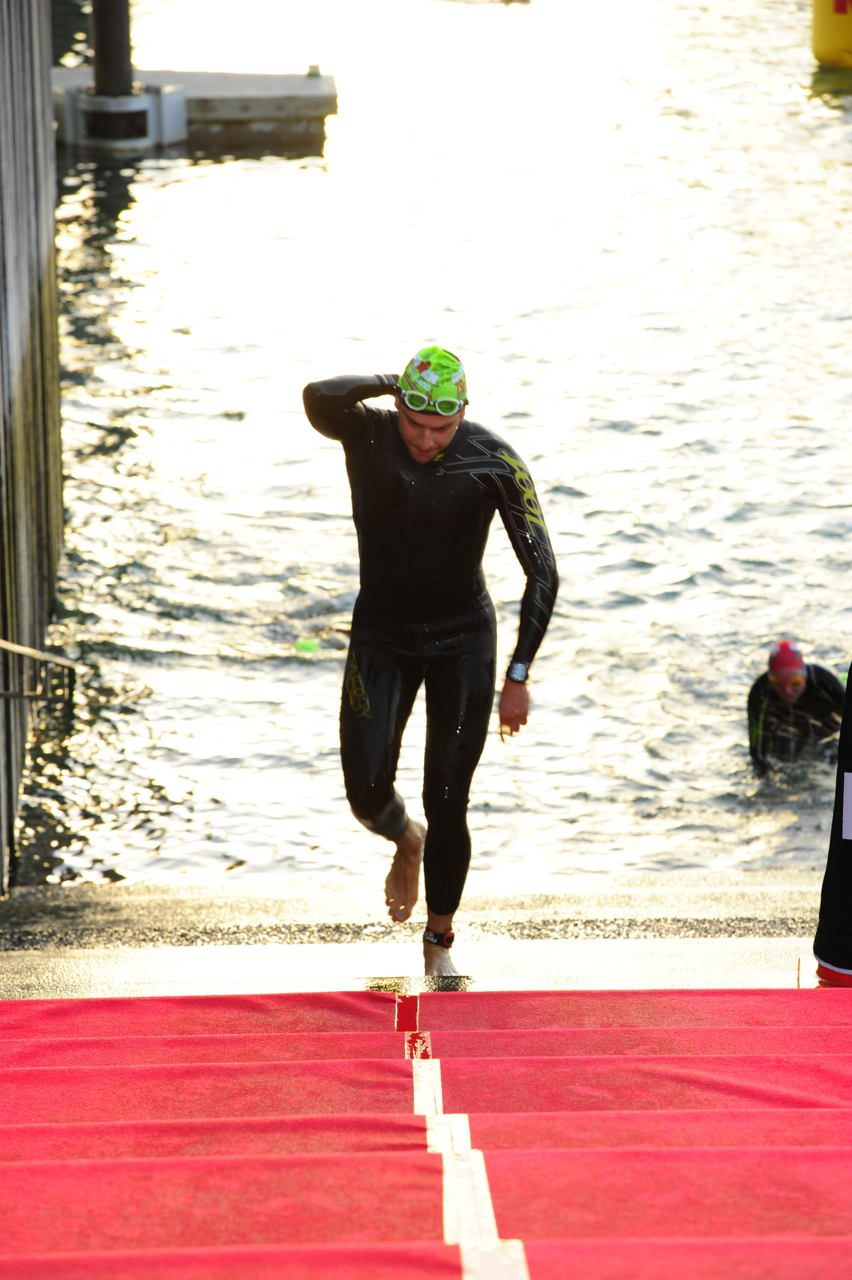 Swim was “OK” - my usual slow time, but nothing out of my comfort zone. Seriously, nothing more to add here. Didn’t drown, got out of water quite strong.

Bike course was simply awesome. We were allowed to go though Harbour Bridge, and that happens only 3 times per year (Auckland Marathon, some bike event I don’t remember now and IM 70.3). First 50 km were not that hilly but not flat either. Second part consisted of 2 loops to Mission Bay and back - my exact weekly run spot. I finished bike after 2 hours and 42 minutes. Not too shabby. My rough calculation gave me possibility of breaking 5:15. When you make plans...

Which brings us to the run. My last half marathon was 1:46 (with hilly start), so I was hoping for something around 1:50 this time. Yet after around 6 km my right foot started to hurt so badly I barely could stand on it. Well, long story short it took 1 hour and 55 minutes of pain to finish leg part. 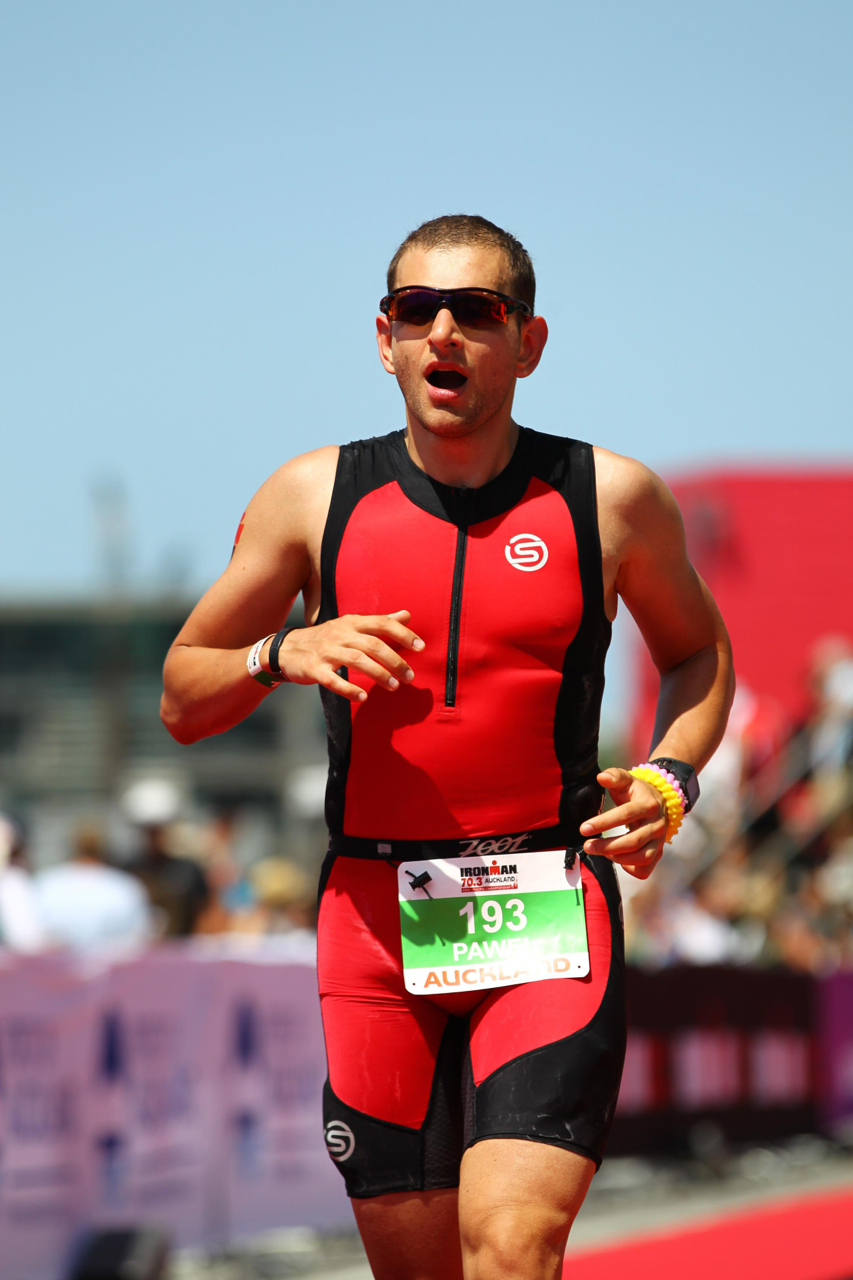 When I got close to finish line I saw timer - 5:27. For a moment I couldn’t believe I was that slow. Then, just after crossing the line it hit me - wave start, we went 10 minutes after timer started. 5 hours 17 minutes and 45 seconds. 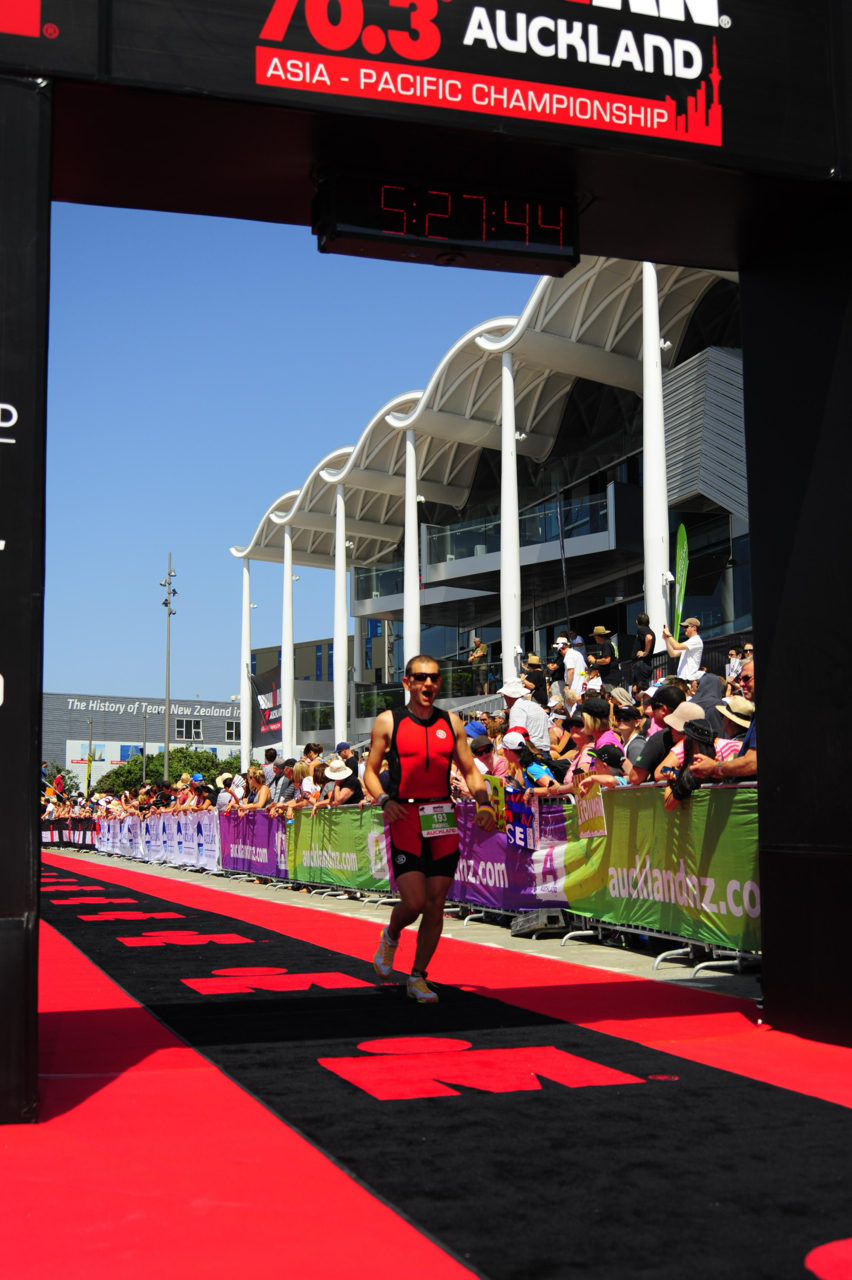 I finished my second 70.3 race with good (for my abilities) time. Tired and happy. There is something in that last 100 meters. It doesn’t matter how fast or slow you are - those 100 meters are breathtaking. Literally (as you try to sprint to finish) and figuratively ;)

Few lessons learned: stop slacking and get your weight sorted out, get different breakfast on race day and do more off bike runs.

I also some feedback about my running. Few weeks ago I asked guys from Sports Lab to help me with my running. They’ve actually checked my run on the race day and from what they say - I run more smoothly when I’m fatigued. What it means - I try too much, which makes my running more “robotic” and less natural. When I don’t have strength to over correct myself anymore - it get’s better. They’ve also helped with my hurt leg (acupuncture for the first time - got scared at some point!) - we will see how it goes next week, when I resume my training.

My next triathlon race will happen in April and it will be Olympic distance, for a change. I’m planning to focus on building my base (weight training for strength + climbing for flexibility) and run efficiency. I’m also working on my swim technique, but that will take some time.

Last thing is what I stated in the beginning. First time I raced to finish, last weekend I raced myself. Next time I will race others!