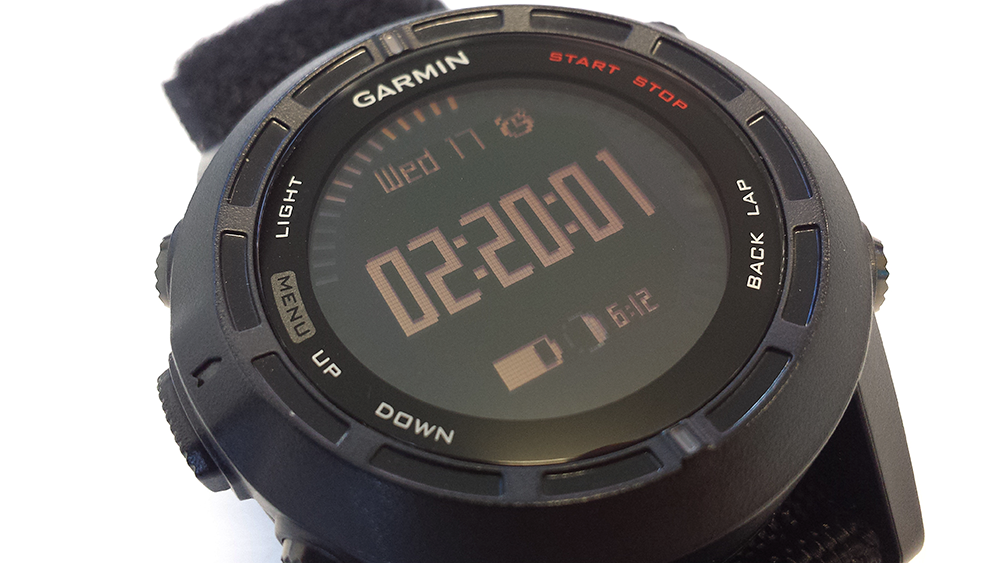 I was not lucky with getting this upgrade. The very next day after I ordered it, Clever Training reduced the Fenix 2 price by $100. It was stopped for customs clearance and I needed to pay duty on it (first time!) and had to chase post office to give me informations about the state of delivery multiple times. Few days before North Shore Marathon it arrived. And it was worth waiting for!

I’ve been using Garmin 910xt watch for over a year (after upgrading from Polar RCX5) and I can honestly say that it was the best piece of training hardware I’ve ever bought. After all it does all the tricks, despite few software issues here and there. Swim metrics are brilliant, heart rate is accurate and screen is big and bright. What could I want more? Actually, two things.

First one is the watch functionality. Sounds silly, but the only way to get Garmin 910xt to show current time only is by setting up 1 field page screen (with current time). No date option, nor the alarm. Yet, even on that screen, watch would still be in training mode, using battery for GPS and sensors. Yes, you can turn the GPS off, but then you need to either restart the watch, or manually turn it on (switching sports doesn’t help). And if you leave GPS on, it will remind you every time it loses the signal (beep / vibration alarm at 2 am? No problem). On top of everything, it just doesn’t look like a regular watch. Period. Second problem for me was lack of stride sensor. I do fair amount of strength run sessions on a treadmill and I was not able to collect speed and distance data during those. I was contemplating getting simple food pot, but then again - it’s another thing to remember about. 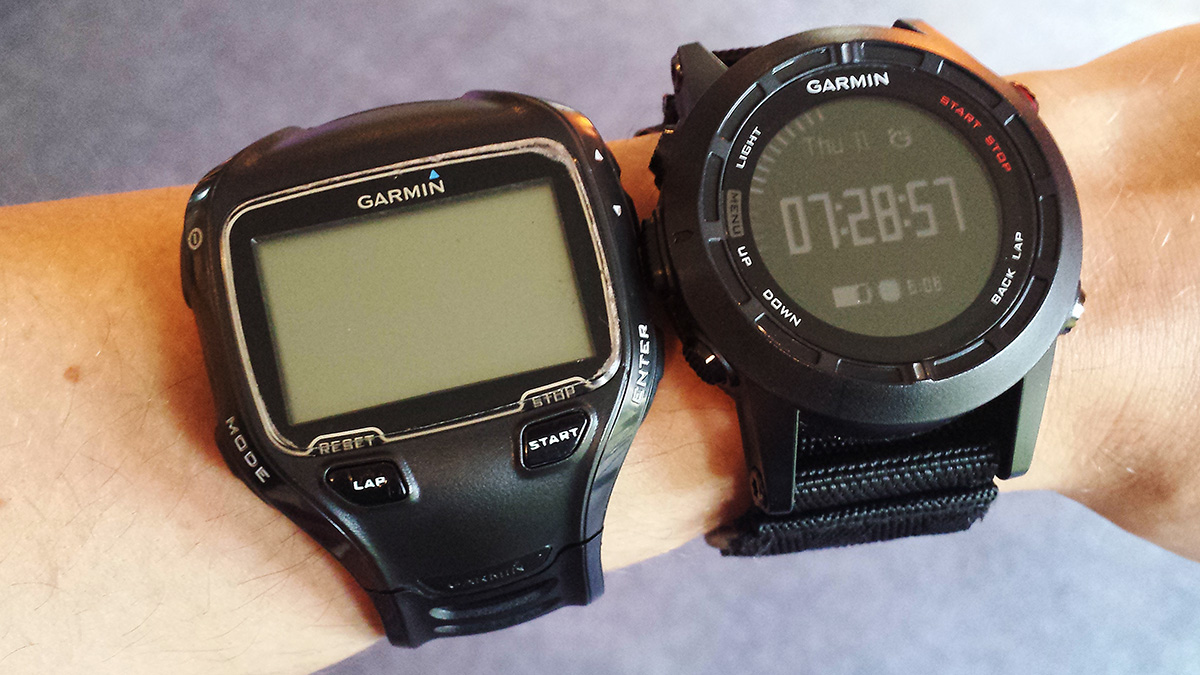 First thing I’ve noticed straightaway was “watch mode”. By default, Fenix 2 stays in a non-training setting, when it doesn’t use GPS or any of the fitness specific sensors, i.e. speed or HR. No more “lost satellite reception” spam, no more accidental starting of one sport just to realise we are in “other” mode instead of “run”.

You don’t have to sacrifice screen for clock only either, as watch mode has a separate configuration. Oh yes, and it has alarm clock as well, with vibration, so you can wake up for workout at 4 am without waking up the whole house. Outside of training, it will use much less battery. Since I got it, I didn’t need to explicitly charge the Fenix 2 even once. It gets enough juice during sync over USB cable. While we are at syncing. Fenix 2 does have bluetooth sync capability, so you can send your workout through your phone directly after finishing. Neat, but I found failing few times, especially on longer workouts. Not a big deal and perhaps I’m just impatient and it would have synced eventually.

Fenix 2 has bluetooth connectivity and basic smartwatch capabilities (eat that Apple with your stupid watch :p). I’ve used it for about 3 minutes and then decided that I don’t need another thing to notify me every time someone likes my post on Facebook. Thanks, but thanks.

I got used to different menu layout very quickly and I think that it’s much better than the one used in Garmin 910xt. In order to start exercise, you just click start, then select what do you want to do and only then Fenix 2 will try to find heart rate strap and other sensors. You can also choose “indoor” mode, in which the watch will not try to get GPS data. In 910xt you have to go to menu, settings, gps, enable (set to no), back, back, back. Then you have to re-enable it when you actually need it. Fenix 2 has much more functions that I haven’t been using yet, and if you want more comprehensive review, check DC Rainmaiker review.

New watch comes with upgraded heart rate sensor that can also track few run metrics. Apart from speed on treadmill (so far it’s accurate with few % margin) you get cadence, and, more importantly, vertical oscillation. You then get new charts on Garmin Connect.

Those charts will even give you feedback if your data is within “good” range. One day I’ll drop my bounce below 10 cm!

Despite the above, I’m really happy with this watch!